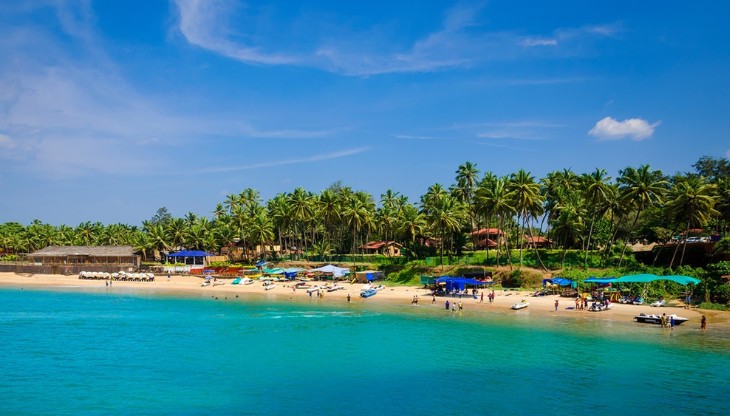 Arrive Mumbai airport, after you have cleared your customs & immigration formalities, our representative will meet you and transfer you to a chauffeur driven vehicle. Later you are driven to the hotel for check in. (Normal check in time is 14:00 hrs & early check in is subject to availability & under the sole discretion of the hotel only) Balance of the day you are at leisure to recuperate from the international flight. Overnight stay at Mumbai.

After breakfast, proceed for an orientation tour of Mumbai, a beautiful harbor studded with hilly islands and a palm fringed shore, rising gradually to the peaks of mountain ranges, form a fine waterfront for Bombay, the "Gateway of India" Besides being a major port of India, Mumbai is also a great industrial center with the distinction of being home to the largest film industry in the world. A cosmopolitan city, it owes its prosperity to the industry and enterprise of its population of about 10 million and the commercial capital of India. Set among verdant gardens, Prince of Wales museum is a huge complex with a bronze statue of George - V standing outside. The monument designed in 1905- dominated by a huge tilted concrete dome, comprises of three main sections, Art, Archaeology and Natural history. The museum contains an excellent collection of arms, works of Lawrence, Gainsborough, Poussin and Titan and fine examples of Indian silver and brass, jade and tapestries. Also housed in this collection is a superb 8th century ivory from Kashmir and finely modeled figures of the infant Jesus. Visit as well the Gateway of India overlooking the harbor. This symbolic national landmark, the Marble arch of India, designed by George Wittet to commemorate the visit of George V and Queen Mary in 1911. It was also the point of exit for the last British regiment to leave India. One can witness the local washer men in action at the "Dhobighats"- the unique and colorful out door laundry. Drive up to the Malabar hill to the lovely Hanging Gardens and the Kamla Nehru Park from where you will get a wonderful view of Mumbai and the Arabian Sea spread out before you. Later visit Mani Bhawan, a small museum dedicated to the life and works of Mahatma Gandhi and the Bustling Crawford market. Overnight stay in Mumbai.

Start your day with a visit to Basilica of Bom Jesus, famous throughout the Roman Catholic world the imposing Basilica holds the mortal remains ofSt.Francis Xavier, the so called Apostle of the Indies. St.Francis Xavier’s missionary voyages throughout the East became legendary. He lead an extensive mission into Asia mainly in the Portuguese Empire and was influential in evangelization work most notably in India. Major attractions in South Goa are; Se Cathedral de Santa Catarina known as Se Cathedral, the Cathedral of the Latin Rite Roman Catholic Archdiocese of Goa and Daman and the seat of the Patriarch of the East Indies, the largest church dedicated Catherine of Alexandra. The Se Cathedral was built to commemorate the victory of the Portuguese over a Muslim army. Cabo de Rama, a popular Goan beach fort also known as Cape Rama Fort, one of the oldest forts in Goa with a historical significance related to Lord Rama took refuge with his wife here during his exile. Dudhsagar is one of the most exquisite waterfalls located on the Mandovi river cascades white like milk. Colva, a beautiful beach with powder white sand lined along the shore with coconut palms. Overnight stay at Goa.

You are at leisure on this day to enjoy the beach. Overnight stay in Goa.

Check out from the hotel after breakfast and drive to Belgaum. Arrive at Belgaum and check in to the hotel. Afternoon visit the Belgaum Fort, a massive structure in the center of the town, built in 1519. Other attractions in Belgaum are Chikka Basadi, a magnificent piece of Jain architecture. Kapileshwara Temple is one of the oldest temples of Karnataka and one of the temples that pilgrims must visit to be able to complete the 12 Jyotirlingas pilgrimage. The Gokak Falls are among the top attractions in Belgaum. The Kittur Palace and Fort are the perfect spot for history enthusiasts and archaeology buffs to visit when in Belgaum. Overnight stay at Belgaum.

Check out from the hotel after breakfast and drive to Hampi, the capital of the powerful South Indian Vijayanagar Empire. Enroute visit Badami caves date back to 6 th and 7 th centuries. Arrive at Hampi and check in to the resort. Overnight stay at Hampi.

After breakfast, check out from the hotel and proceed for your exploration tour of the exceptional ruins of the Vijayanagar Empire at Hampi, one of the largest Hindu empires in Indian history. On first sight the fortress appears impregnable and it was under this protection that the Vijayanagar kings had the security to construct an amazing array of palaces and temples. Founded in 1336, although there may have been a settlement as early as the 4 th Century AD, Hampi flourished under the Vijayanagars’ and its monopoly of the spice and cotton trade has latterly led to some assessments that the wealth of Hampi rivaled that of Rome. Sacked by the Muslims in 1565 the city was largely destroyed and abandoned, however, proof of the city’s former greatness is still very much in evidence and despite much of the site now being largely in ruins it is still exceptionally impressive. The Vitthala Temple, a World Heritage Monument, is one of the oldest and most intricately carved temples of its kind whilst the Royal Enclosure houses the small Hazara Rama Temple and the beautiful Lotus Mahal. Also of interest are the stone chariot and the Queen’s Bath which highlights the exceptional skill and knowledge of water engineering which is further evident in the excavated system of aqueducts, sluices, tanks and canals. If you wish you may like to walk along the river, cross it in one of the coracles which serve visitors and locals alike or visit the imposing Virupaksha Temple at the head of the Hampi bazaar. Late evening board Hampi Express train at 21:15 hrs to Mysore. Overnight journey in Train.

Arrive Mysore railway station at 09:10 hrs, you are picked up and transfer to the hotel. Afternoon proceed for a sightseeing tour of Mysore. The capital of former princely state, Mysore is a city of palaces and gardens and is famous for its silk, sandalwood and jasmine. The second largest city in Karnataka also known as the city of palaces was the erstwhile capital of Karnataka played an important role in the history of South India. Major attraction in Mysore is the Mysore Palace, located in the city centre is said to be the most magnificent and captivating. Religiously significant Chamundeswari Temple situated atop of hill Chamundi displays Dravidian influence in some of its architecture. It is quadrangular in shape, and there is a statue of the Lord Ganesha on the doorway. Overnight stay at Mysore.

After breakfast you are at leisure. Check out from the hotel and drive to Mysore railway station. Board the Shatabdi Express train to Chennai departing at 14:15 hrs. (Except on Wednesdays) Arrive Chennai central railway station at 21:40 hrs, you are picked up and transfer to the hotel. Overnight stay in Chennai.

After breakfast and proceed for a sightseeing tour of Chennai starts with a visit to Saint Mary's Church (1678 - 80), the spiritual and physical centre of the original settlement and the oldest surviving building in the East associated with the Anglican Church. Visit the famous museum houses a fantastic collection of medieval artillery, regimental flags, weapons and armor. Also visit the St. George Fort built in 1644 which lies on the sea shore immediately north of the island. This now forms the nucleus of the Secretariat. Drive along the Marina, which is one of the most beautiful marine promenades in the world and contains a series of impressive private and public buildings. End the tour with a visit to Kapaleeshwara temple. This is the largest and the most important Shiva complex in Chennai. Overnight stay in Chennai.

You are at leisure on this day for your own activities. Overnight stay in Chennai.

Start your day with an excursion to Kanchipuram, the golden city of thousand temples is a major Hindu pilgrim and cultural centre has a political significance since it served as a capital of Pallava rulers in the 7th-9th century. Kanchipuram is also famous for the hand-woven silk sarees. Important examples of Hindu temple architecture spanning almost a thousand years are preserved at Kanchipuram. After the tour drive back to Mahabalipuram. Arrive at Mahabalipuram and proceed for sightseeing tour of Mahabalipuram,once a flourishing port of the Pallavas of ancient India. The monuments and sculptures here are world-renowned. Proceed for a sightseeing trip to rock cut cave temples. The stunning sculptures especially that of Krishna Mandapam, Five Rathas, reflects the architectural finesse during the Pallava period. The shore temple here is a must-see for any tourist. During the tour, you can also see the making of stone carved sculptures. Drive back to Chennai after the tour. Overnight stay in Chennai.

Check out from the hotel and drive to Chennai airport to board the flight to your onward destination feeling contented about a wonderful holiday you spent with us in “Incredible India” Our services end after dropping you at Chennai airport.