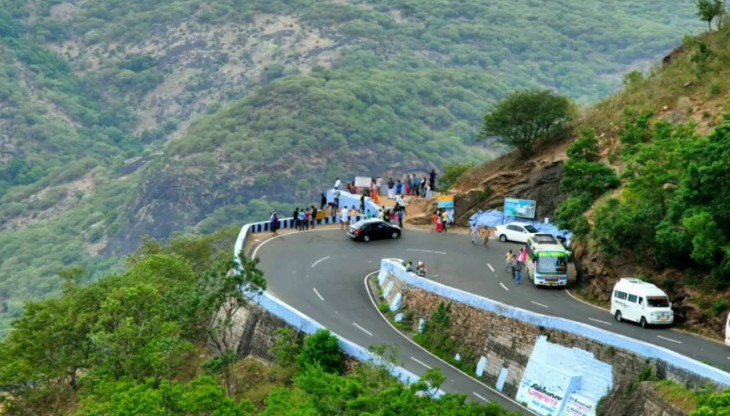 On arrival at Chennai airport after you have cleared your immigration and customs formalities, our representative will meet you and will transfer you to the hotel for check in. Afternoon proceed for a sightseeing tour of Chennai starts with a visit to Saint Mary's Church (1678 - 80), the spiritual and physical centre of the original settlement and the oldest surviving building in the East associated with the Anglican Church. Visit the famous museum houses a fantastic collection of medieval artillery, regimental flags, weapons and armor. Also visit the St. George Fort built in 1644 which lies on the sea shore immediately north of the island. This now forms the nucleus of the Secretariat. Drive along the Marina, which is one of the most beautiful marine promenades in the world and contains a series of impressive private and public buildings. End the tour with a visit to Kapaleeshwara temple. This is the largest and the most important Shiva complex in Chennai. Overnight stay in Chennai.

Check out from the hotel and drive to Tirupati. Arrive at Tirupati and check in to the hotel. Tirupati; set amidst the lush green landscapes of Eastern Ghats is a major pilgrimage & cultural centre in Andhra Pradesh famous for the richest temple Venkateswara Swamy temple. The temple dedicated to Lord Venkateswara attracts millions of pilgrims and is a busiest pilgrimage centre in the world was under the patronage of the Pallavas, Cholas, Pandyas and the Vijayanagar kings in different periods of time. The great emerald gifted by the Maratha general Raghoji Bhonsle still remains in the temple. Overnight stay at Tirupati.

Check out from the hotel and drive to Mahabalipuram. Enroute visit Kanchipuram, the golden city of thousand temples is a major Hindu pilgrim and cultural centre has a political significance since it served as a capital of Pallava rulers in the 7th -9th century. Important examples of Hindu temple architecture spanning almost a thousand years are preserved at Kanchipuram. Arrive at Mahabalipuram and check in to the resort. Mahabalipuram; once a flourishing port of the Pallavas of ancient India. The monuments and sculptures here are world-renowned. Arrive at Mahabalipuram and check in to the hotel. Afternoon proceed for a half day sightseeing trip to rock cut cave temples. The stunning sculptures especially that of Krishna Mandapam, Five Rathas, reflects the architectural finesse during the Pallava period. The shore temple here is a must-see for any tourist. Overnight stay at Mahabalipuram.

Check out from the hotel after breakfast and drive to Pondicherry. Arrive at Pondicherry and check in to the hotel. Afternoon proceed for a sightseeing tour Pondicherry; a charming coastal town and a former French colony famous for its unique cultural heritage and natural beauty. Explore the nearby places including Auroville, the main attraction of the town is the Sri Aurobindo Ashram founded in 1926.Based on the teachings of philosopher poet Aurobindo Ghose and also known as the Centre of Intergral Yoga. Pondicherry museum and the botanical garden are the other attractions here. Overnight stay at Pondicherry.

After breakfast checkout from the hotel and drive to Madurai. Enroute visit Trichy. Visit the magnificent Rock Fort that dominates the city. 437 steps cut out into the rock side and interspersed with shrines lead to the Vinayaka Temple built at its highest point. The ascent is climaxed by a magnificent view of the sacred Kaveri River. At a lower level along the rock is the Tayumanaswamy Temple dedicated to Lord Shiva. Later, visit Srirangam, a massive temple on an island in the Cauvery and dedicated to Lord Ranganathaswamy. The temple has 21 magnificent gopurams and is adorned with exquisite sculptures. Arrive at Madurai and check in to the hotel.
Afternoon proceed for a sightseeing tour of Madurai. Highly significant with its cultural and historical background, the city has tourist attractions in plenty, the most prominent among them being The Meenakshi Temple with its towering gopurams and rare sculptures. Other important attractions include Thirumalai Naicker Palace, Koodal Azhagar Temple and the Gandhi Museum. Late evening witness the vibrant and colorful Pooja ceremony at Meenakshi Temple. Overnight stay at Madurai.

Start your day with an excursion to Rameswaram - the most sacred temple town in India is an island hallowed by the epic Ramayana. Arrive at Rameswaram and proceed for a sightseeing tour of Rameswaram. The holy island is considered as one of the four most sacred Hindu pilgrim centers have the most visited Shiva shrines, dedicated to Sri Ramanathaswamy. Associated with the life of Sri Rama, the hero of the epic Ramayana, that both Saivites and Vaishnavites visit Rameswaram with devotion. The Ramanathaswamy temple here has the world’s longest corridor. The sea is just 100metres away from the entrance of the temple is very calm and the water is considered scared and pilgrims aspire for a holy dip in the sea. Traditional belief among the Hindus that a pilgrimage to Kashi will be complete only after a visit to Rameswararm, also hailed as “Benaras of the South”. Drive back to Madurai after the tour. Overnight stay at Madurai.

Check out from the hotel and drive to Munnar. Arrive at Munnar and check in to the resort. Munnar - Situated at the confluence of three mountain streams - Mudrapuzha, Nallathanni and Kundale, Munnar is situated 1600 Meter above sea level. Once the summer resort of erstwhile British Government in South India and the best hill station with sprawling tea plantations in the state. Blessed with a rich variety of flora and fauna with the most well known Neelakurinji (botanical name: Strobilanthus) flowering once in 12 years. Balance of the day you are at leisure to enjoy on your own. Overnight stay at Munnar.

After breakfast proceed to Rajamala. Visit the Eravikulam National Park, the 97 sq km park with its irresistible grace and beauty is home to the endangered Mountain goats. Enjoy a guided short trek in the beautiful hill station. Afternoon - Visit the Mattupetty Dam built in the mountains. Later visit Echo point, a very popular place for the natural phenomenon. The echo that reverberates after hitting the distant hills is fascinating. Overnight stay at Munnar.

After breakfast check out from the hotel and drive to Thekkady. Situated within the confines of the Western Ghats in the southern Indian state of Kerala, Periyar National Park and Tiger Reserve is one of the most captivating wildlife parks in the world. The picturesque lake in the heart of the sanctuary was originally 26 sq km but now spans an area of 55 sq km. This perennial source of water, which initially led to the submersion of large tracts of forestland, slowly attracted wild animals. It eventually resulted in the adjoining forests being granted protection. Post-1975 Periyar finds itself in the enviable position of being a protected tiger reserve. The terrain ranges from hilly to flat grassland areas at the edges of the lakes. The vegetation is of moist deciduous type. Arrive at Thekkady and check in to the hotel. Overnight stay at Thekkady.

Check out from the hotel after breakfast and drive to Cochin. Cochin – “Queen of the Arabian Sea” has one of the finest natural harbors in the world. The ancient churches, palaces and synagogues in this city are famous. Arrive at Cochin and check in to the hotel. Afternoon – proceed for a half day sightseeing tour of Cochin. Depart to Jew Street which is famous for the Jewish Synagogue and Jew Town. Visit St.Francis Church, first European church built in India in the early 16 th century and the famed Vasco Da Gama was buried in this courtyard. Thereafter visit the Dutch Palace in Mattanchery. (Jewish Synagogue - Open: 10.00 am –12.00pm, 3.00pm –5.00pm. Closed on Friday /Saturday & Jewish holidays) (Dutch Palace - Open: 10.00am – 5.00pm. Closed on Fridays) Free time in the Jew Street. It is fascinating & vibrant Narrow Street with many shops selling handicrafts, souvenirs, Antiques & Ethnic Garments. Later proceed to Fort Kochi and visit Famous Chinese fishing nets. Evening drive to a cultural centre to witness Cultural Kaleidoscope (fusion of south Indian dance performances). Overnight stay in Cochin.

Checkout from the hotel after breakfast and drive to Kumarakom, a tiny backwater hamlet perched on the western banks of the Vembanadu Lake. Arrive at Kumarakom and check in to the resort. Balance of the day you are at leisure to enjoy the backwater paradise at its best. Enjoy a visit to the nearby bird sanctuary; an ornithologist's paradise is a favorite haunt of migratory birds like the Siberian stork, egret, darter, heron and teal. Overnight stay at Kumarakom.

Check out from the hotel and drive to Alleppey. Arrive at Alleppey and board the houseboat at noon for a backwater cruise and for an overnight stay. While cruising in these floating luxury- villas, let your eyes settle for the rare and the unusual - skim past Chinese fishing nets, bowed- down paddy fields, and local inhabitants engaged in making coir products, rustic homes, and ancient temples and swaying coconut groves. Overnight stay in houseboat.

Disembark from the houseboat at 0900hrs after a refreshing breakfast on board and drive to Kovalam, one of the most popular beach destinations in Kerala. Enroute visit Thiruvananthapuram literally means 'the abode of Anantha', the snake God. The main attraction of the city is the Sri Padmanabhaswamy Temple dedicated to Vishnu (also known as Padmanabha) reclining on the snake Anantha. The imposing gopuram (gateway tower) and intricate sculptures of the temple make it a very popular tourist attraction. Later visit Napier Museum, an art and natural history museum which houses a collection of archaeological and historic artifacts, bronze idols, ancient ornaments, a temple chariot and ivory carvings. Sri Chitra Art Gallery (Closed on Mondays & Wednesday forenoons) displays the original paintings of Raja Ravi Varma which houses a collection of paintings from the Rajput, Mughal and Thanjore schools. The collection also includes unique copies of Indian mural paintings from pre-historic times down to the 18th century. Overnight stay at Kovalam.

Morning proceed for an excursion to Kanyakumari, literally means the virgin, the cape owes its Indian name to Hindu mythology. Enroute visit Padmanabhapuram Palace, once the capital of Thiruvananthapuram during 1600 to 1790. Constructed with wood and stone in Kerala’s indigenous style of architecture this palace is surrounded by 4km stone fort. Contained within the complex is a collection of 14 palaces and 127 beautiful royal rooms, many of which feature ornate wood carvings. The carved ceilings of the palace depict 90 varieties of flowers. Paintings, hundreds of years old and stone statues, some over 1000 years old, are on display on the palace grounds. Arrive at Kanyakumari and proceed for a sightseeing tour. At the Cape Comorin - the southernmost tip in the sub-continent, the three mighty oceans viz. the Bay of Bengal, the Indian Ocean and the Arabian Sea meet. Significant landmarks include the Kumari Amman Temple dedicated to the Goddess Parvati, the Gandhi Memorial where an urn containing the Mahatma's ashes are kept, the Vivekananda Memorial - built in memory of Swami Vivekananda exuding a calm and peace rarely found elsewhere and the Church of our Lady Ransom starkly etched against the beautiful shoreline. Drive back to Kovalam after the tour. Overnight stay at Kovalam.